I write about nothing of importance, which is important...to me.

Today's lunch at the elementary school was orange chicken. You know what that means...fortune cookies, of course, since you get fortune cookies with all Chinese food (yeah...I GUESS cafeteria Chinese food counts). Check out this fortune to an eight year old boy:

I'm not someone who possesses any kind of special power (unless you count being able to dribble a basketball through your 6'0" opponent's legs some kind of special power) so I can't foresee the future. So, when I posted The Shining...Uh, I Mean the Shiner, little did I know that I would have 16 dates since then. And, one of them happened to be a hot date, too!

This is true. Strange, I know. Well, actually, I've had about 16 dates within the past two weeks. Seriously, what's going on here, Shannon? To make this even stranger, I went on like, 15 dates last night!

It's called speed dating, people. And I met some interesting people.

So, basically, this speed dating thing turned out to be like you've been on a bunch of blind dates (4 minutes each) with people you don't really have anything in common with. Sounds like the blind date I went on the week before...oh, except that guy and I had one similarity: our height (or lack thereof).

Rock On--this is the name of one of the guys I met. Seriously. Except that his last name isn't spelled exactly like that, but he said that his name is pronounced like Rock On. I told him his parents must have a sense of humor. I think he agreed. I think.

Another guy drew pictures to describe himself and what he likes to do. On the paper, he drew a basketball, pizza, a girl, a quote bubble from the girl's mouth--because she's flirting with him, and BYU.

Him: ...and then I drew this girl because I like women, ladies, girls, females. But I like everyone. I like guys too.
Me: Well, you probably shouldn't go around telling girls who you just met that you like men.
Him: I'm just saying that I like everyone.
Me: I know. But you still probably shouldn't go around telling girls that you like men...or boys.

...not that there's anything wrong with that.

By the time I had that conversation, we were maybe 45 minutes into the whole process, and I was trying to make conversations interesting...to make a general statement that you like everyone, you can expect comebacks. I could've gone a different route with, Oh, so do you think you would've been friends with Hitler? Or, very simply, I could've just smiled and said, That's so cool! I probably shouldn't have joked with him like that, because I don't think he got that I was joking. Oh well. It only lasted 4 minutes for him.

Towards the end, I started talking to people who I had common interests with, though.

With one guy I talked about PaperBoy and Bubble Bobble for the original Nintendo. That was cool. 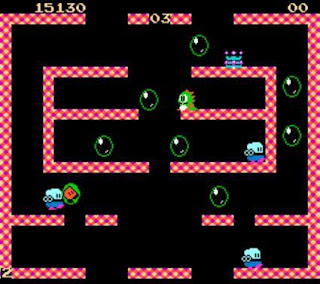 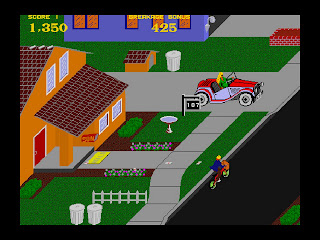 With another guy I quoted Dumb and Dumber. We then talked about Seinfeld and Pee Wee's Big Adventure. That was cool.

Another guy told me there were around 500 Star Trek books. He wouldn't tell me how many HE owned, though. That was cool, because really, I don't want to know.

Towards the very end of the thing, after talking to different guys about the same dull subjects:

it was this one guy's turn to talk to me. He told me he was so sick of making small talk that he just wanted to demolish the building where this speed dating event was being held. Naturally, I went along with the subject. I would rather hear how other people think than talk about myself the whole time. Wanting to know how he'd demolish the building I ask How would you do it? Start a fire, bomb it? (Spoiler Alert: THIS is the hot date) He went on to tell me that he'd crawl through the vent and have his bird fly throughout the vents and drop bombs in various places. Then, he'd have a dog come in through the building with bombs strapped to it. And, would there be anyone in the building while you blew it up? No. In conclusion, I guess he's a good person...unless the dog or bird were killed in the process. The building we were in was a church, though. If he blew up the church, then he'd actually be killing the Spirit and that's (probably) worse than killing a person, probably. But then again, for killing the Spirit you don't get life in prison. How's that for small talk on a first "date"? After explaining to me how he'd blow up the church he then asked me, Don't you think that's a funny story? Well, I think it's a funny story now. I'm sure when I read about this ten years from now I'll just think, man, I met some interesting people through speed dating.

...not that there's anything wrong with that. Really.

Posted by ShanimalsCrackers.blogspot.com at 10:10 AM 6 comments: I just heard a bad song on the '90's radio station:

I swear by the moon
And the stars in the sky I'll be there
I swear like the shadow that's by your side I'll be there
For better or worse
Till death do us part
I'll love you with every beat of my heart
And I swear
I actually really like this song by All-4-One. It brings back memories from my childhood, I guess in 1994. I remember, for some reason, that my older brother received this album by All-4-One for Easter. It was his first CD (I think his second CD was Aquarium by Aqua. MY first CD was better--The Backstreet Boys! Anyways...).
So, what makes this a bad song if I like it so much? Well, my mom has always taught me a few things ever since I was a child. No screaming. No kicking. No selling your little brother old rotten Halloween candy. No swearing. No lying. No jumping on the bed. No doorbell ditching. No giving your sister Hawaiian punches...or making your little brother give 'em to her, either. So, you can understand my confusion as a child as to why my mom would give my brother a song that is clearly in conflict with our values. A song called I Swear? What the h-e-double hockey sticks, Mom? Why are you buying us an album with a song on it that is ALL about swearing and then we're not allowed to swear?
To me, the bad words (such as Dang, Heck, Freak, Crap) were known as cussing, not swearing. Swearing was totally different from cussing, but still, both were bad. So, the lyrics to this song confused me a little. I mean, swearing by the moon and the stars in the sky? Sounds pretty pansy to me. If you're going to swear, make it something that actually fits into the bad mode. Like, I swear by the knife and the glass pieces in your hand. It just seems to fit the "wrong" sense more. My mind could not comprehend that you could say I swear I love you and have that sentence be good. I thought that you had to say I promise I love you.
Everytime I hear I Swear I think about the conflict I experienced with my morals as a nine year old: to listen to a song I like (because it's [so] good), or obey my mom and not listen to the song because of its swearing? I chose the latter option, I swear...

PS: Okay, I swear I haven't actually ever sworn in my life. Mom, on the All-4-One CD you gave your eldest son, there's a song on there called (She's Got) Skillz. Yeah, it's not (She's Got) Skittles like you once thought, nor is it about tasting the rainbow through colored candy. Just thought I'd get that out in the open after having just sweared in the previous paragraph.

Posted by ShanimalsCrackers.blogspot.com at 8:49 PM 3 comments:

In the public school system the people are represented by two separate groups, yet equally important groups. The faculty who teach the students and the students who learn from the teachers. This is their story. *Cue Law and Order introduction music* Once upon a time there was a little third grader whose name shall not be revealed here. During the warm months, he liked to play outside at recess; swing on swings, run around (well, more like stagger around), and throw rubber from the playground pit at other kids.

Once upon a time there was a dame whose name shall be revealed here: Shannon. She worked at an elementary school with the boy who shall not be named. All the kids in Miss Shannon's class loved her. Loved, loved, loved...except when Shannon gave them instructions that they did not want to complete...which was most of the time...

During the colder months (such as now), the boy whose name shall not be revealed would do anything in his power to not go outside to recess. Often, to get out of playing outside, he would say, "Teacher, I need bathroom." Fair enough. Being the nice teacher that Miss Shannon is, she would take this little boy to the bathroom. But, this little boy was not being very nice, you see. For he was just saying he needed to go to the bathroom so that he wouldn't have to go outside. When Miss Shannon would take him to the bathroom, he would just go stand in a stall. Sometimes, even, when he didn't feel like putting in the effort needed to walk to the stall, he would just sit on the bathroom floor.

Miss Shannon and her coworkers were getting tired of taking the boy (whose name shall not be revealed) to the bathroom. They all noticed that the only time he would say he needed the bathroom was when it was time to go outside. So, Shannon and her coworkers made a pact--that if the boy whose name isn't mentioned (here) says he needs to use the bathroom right before/during recess, then they shouldn't give in to him. After all, why should he have everything catered to him while the other kids are obeying?

But most of all, they were laughing, because when the boy came up to them with his soaked pants in the cold of November, he was happy. He didn't even care that his pants were wet. All he cared about was that the sky had just released a tiny amount of snowflakes onto the playground. "Teacher, it's snowing," he said with a beaming smile. Now that's a true statement.
Moral of the story: Don't cry wolf. You will most likely end up in a tangle of webs (I guess wolves and spiders are somehow intertwined??)...or your own soiled clothes.
Okay, Shannon wasn't really laughing the most that the boy didn't have a care in the world in wet pants--most of all, she was really laughing at the fact that just a few minutes before "the incident", she and her coworker were talking to each other about how this boy must think they're really dumb. Well, if he didn't really think they were dumb before, now he reeeeeaaaaalllllllly must think they're dumb.

...and isn't it funny that he was so excited when it started to snow? Make up your mind, kid. You shouldn't want to stay inside when it's a bit chilly outside and then when you're outside get excited over snow. The irony of it all!